Planning the Ultimate Sleepover Party would fill most with dread in fact planning any type of kids party fills most with dread but I truly LOVE them!
Yep you read that correctly I love kids parties. My other half always says 'the girls don't need one for every year babe' which is true of course but they love them & so do I so why not I say!
You're probably thinking that must cost a fortune & while it costs it doesn't cost as much as you'd think. As a rather creative & crafty person, that is also a little crazy at times, I'm able to do our parties rather budget friendly. This post is going to share with you what has been our best (according to my daughter) Sleepover Party yet & we have had a few!

Welcome to our guide for Planning the Ultimate Sleepover Party.

My daughters birthday is in May & she starts planning pretty much after Christmas, changes her mind a fair few times along the way too but this particular year she didn't. She had asked for a sleepover & photoshoot party the following day, so our planning began.
She started by inviting her friends that she knew would take part in every aspect of the party, she knew I wouldn't let any sit in the wings & not take part! I started by enlisting the help of one of my best friends & asking my other half to go fishing for the night! I mean with 7 pre-teen girls coming both of those things had to be done ;)

Leah had chose her theme of glitter festival looks for her photo party so we bought bright pink & gold sparkly invites & added glitter into each envelope for added sparkle. She popped a note into each invite requesting the girls brought along a festival styled outfit, a plain black or white top with jeans for the photo session & of course their pjs for the sleepover.

For the sleepover she wanted to make pizza's. We had just mastered making pizza dough from scratch so she wanted to make them for/with her friends. She also requested some karaoke fun. We don't own a karaoke but Leah's friend does so she brought it along with her for the night. (If you don't have something you want always ask around!) Other than those two specifics she was open to ideas. Being the sleepover queen (lol, yep claiming that!) that I am I got planning with my besties & had some fun up my sleeves ready for the night.

How much will it cost though...?

As you can see so far this part has cost almost nothing, the most cost went into the food & treats. Being a Cake Smash photographer I had all the decorations needed in the studio. So we hit up Tesco for pizza toppings, the Poundshop & Home Bargains for the rest of the things needed. If you're not a fan of sweets at a party then look away now.... 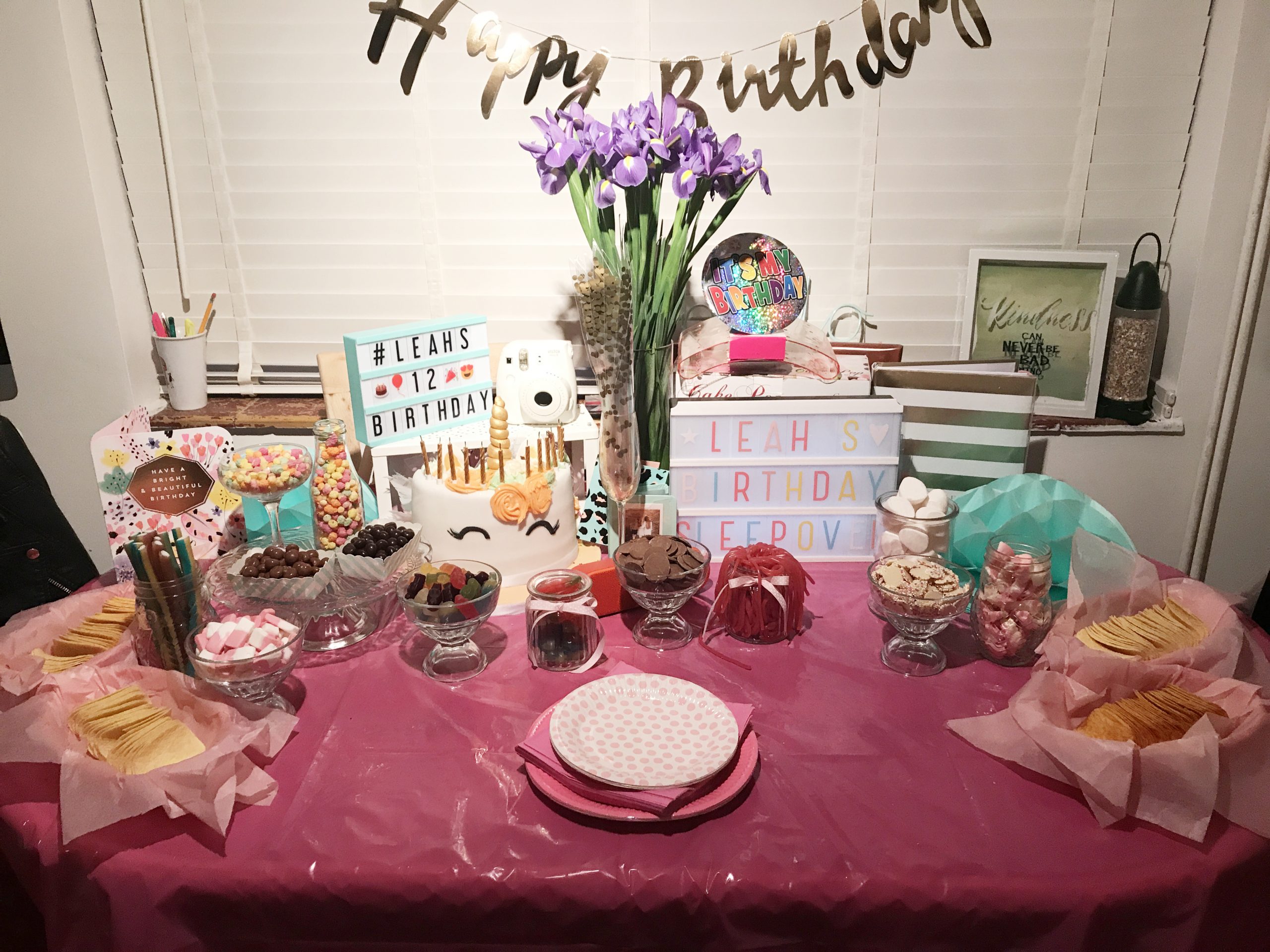 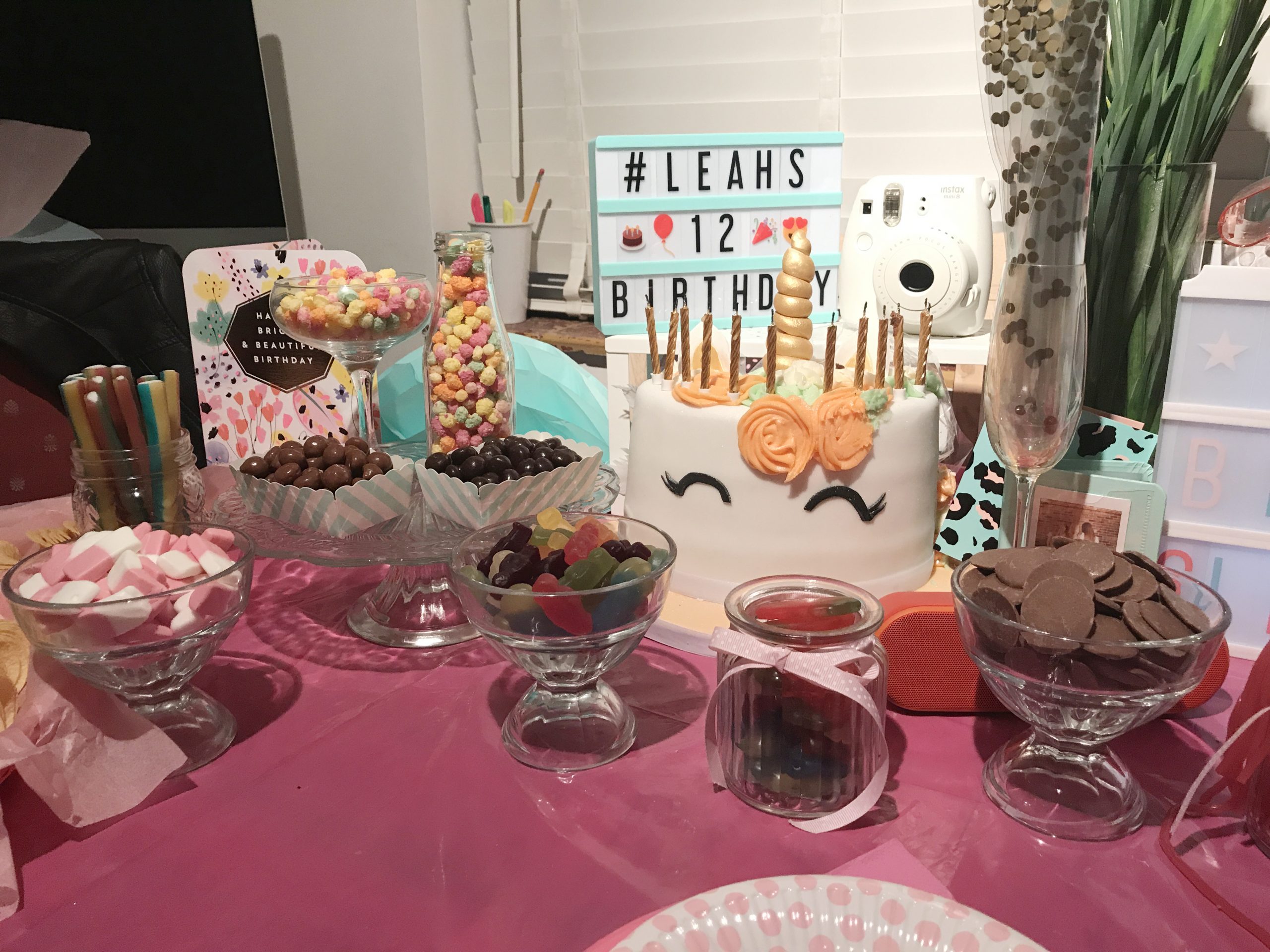 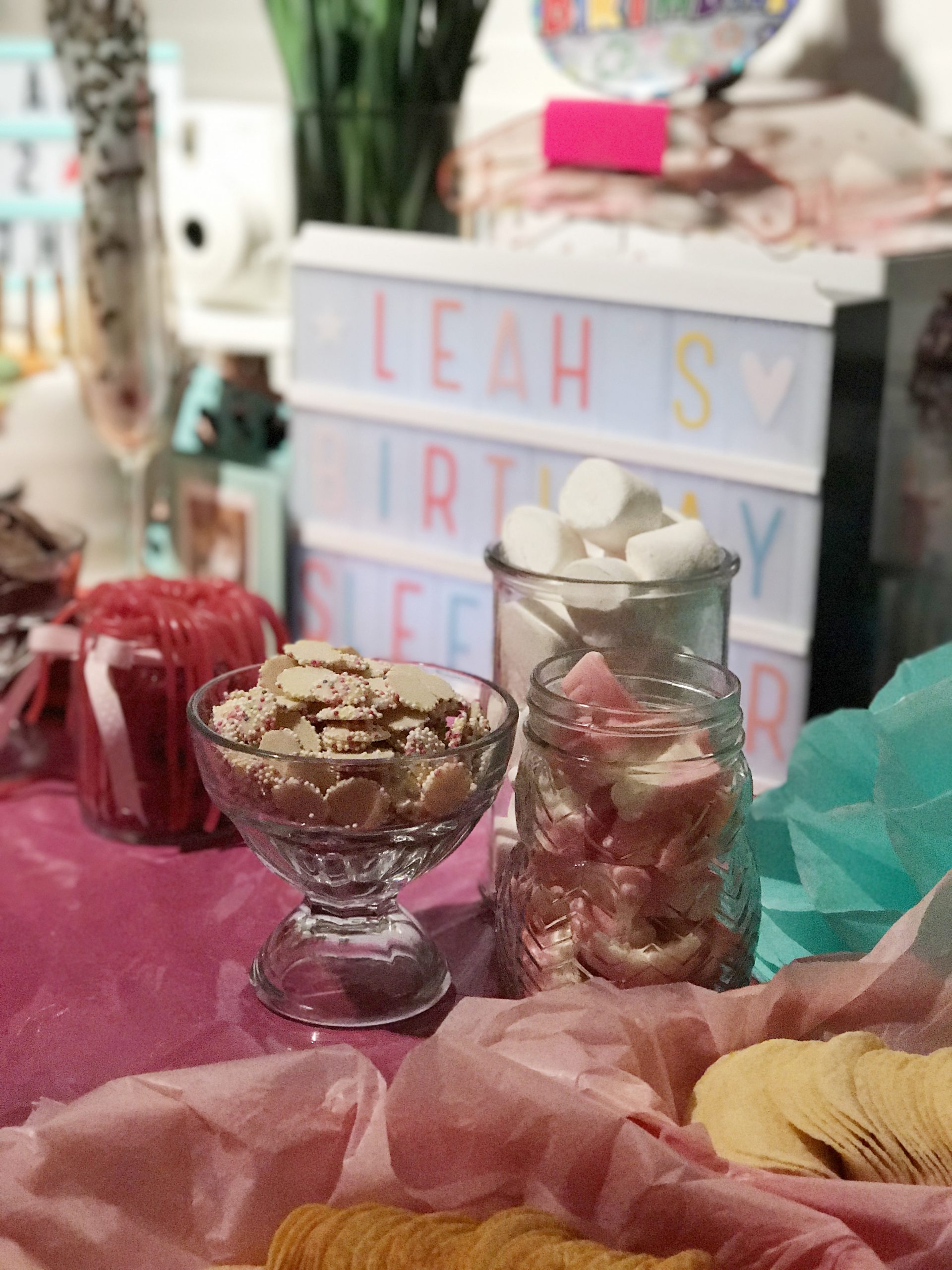 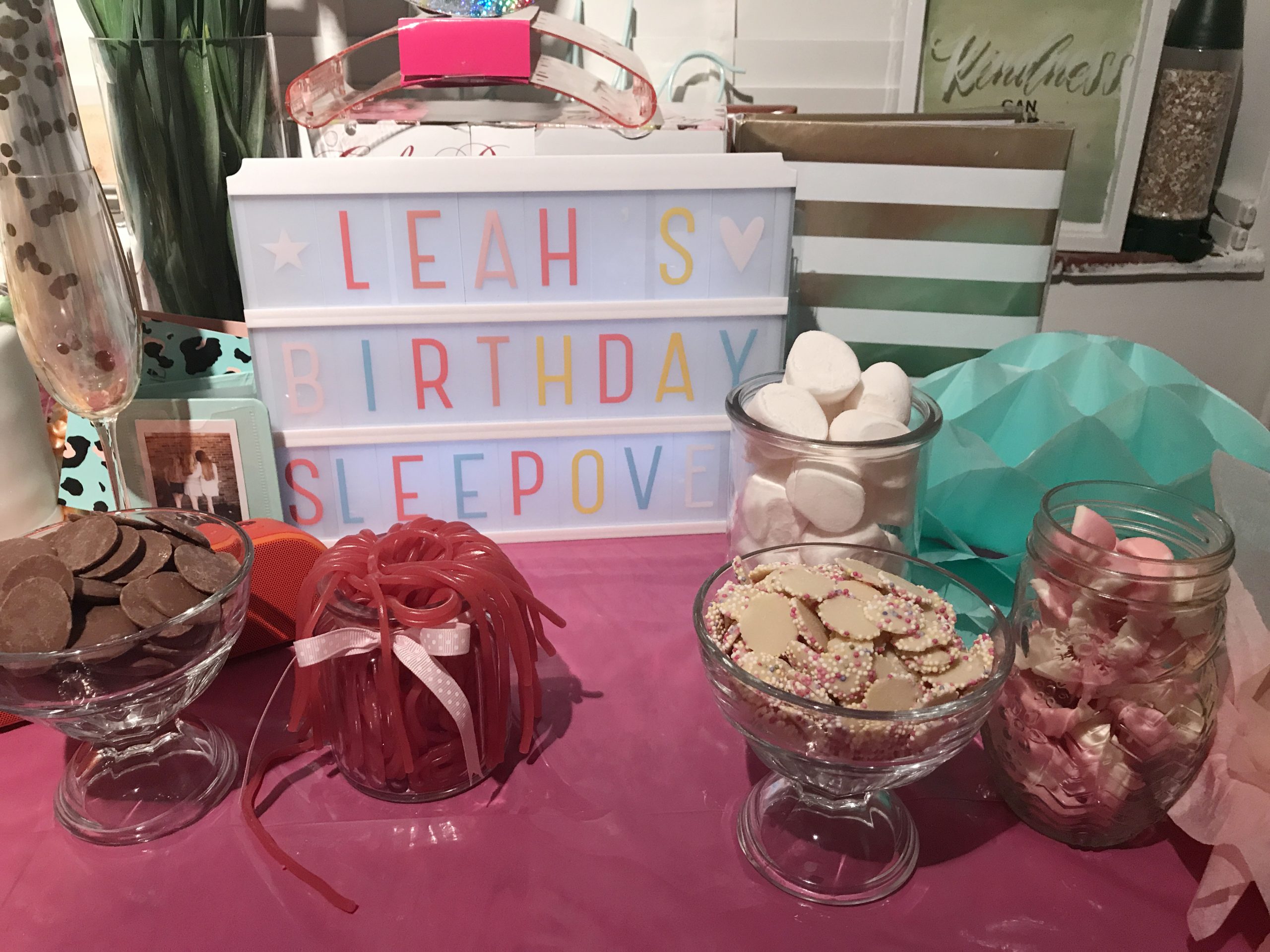 We bought, strawberry laces, squishes, giant strawberries, chocolate buttons, rainbow drops, poppets mint & toffee, rainbow straws (I think thats what they're called!), jelly babies, marshmallows, jazzies, teeth & pringles all of which would have cost around £10/12 if that, that is the beauty of home bargains! All the jars & bowls are just bits from our kitchen or my studio, saving us even more money!
I bought a couple of tubes of glow sticks as I had planned a glow in the dark disco for the girls, these were just £1 a tube in the poundshop & there was enough for each of them to have at least two each.
As you can see the party itself in terms of money was pretty inexpensive.

Prior to her guests arriving Leah put up the blow up bed in the bedroom & got all the pillows & quilts out so it was ready to go. Once the girls had all arrived we got our pizza making under way. Its amazing how much every age loves to create their own pizza, the girls were no exception to that! Whilst the pizza's were cooking the girls done a mass rendition of 'the cup song' which was pretty entertaining especially as I have no rhythm at all & couldn't do it if I tried lol! 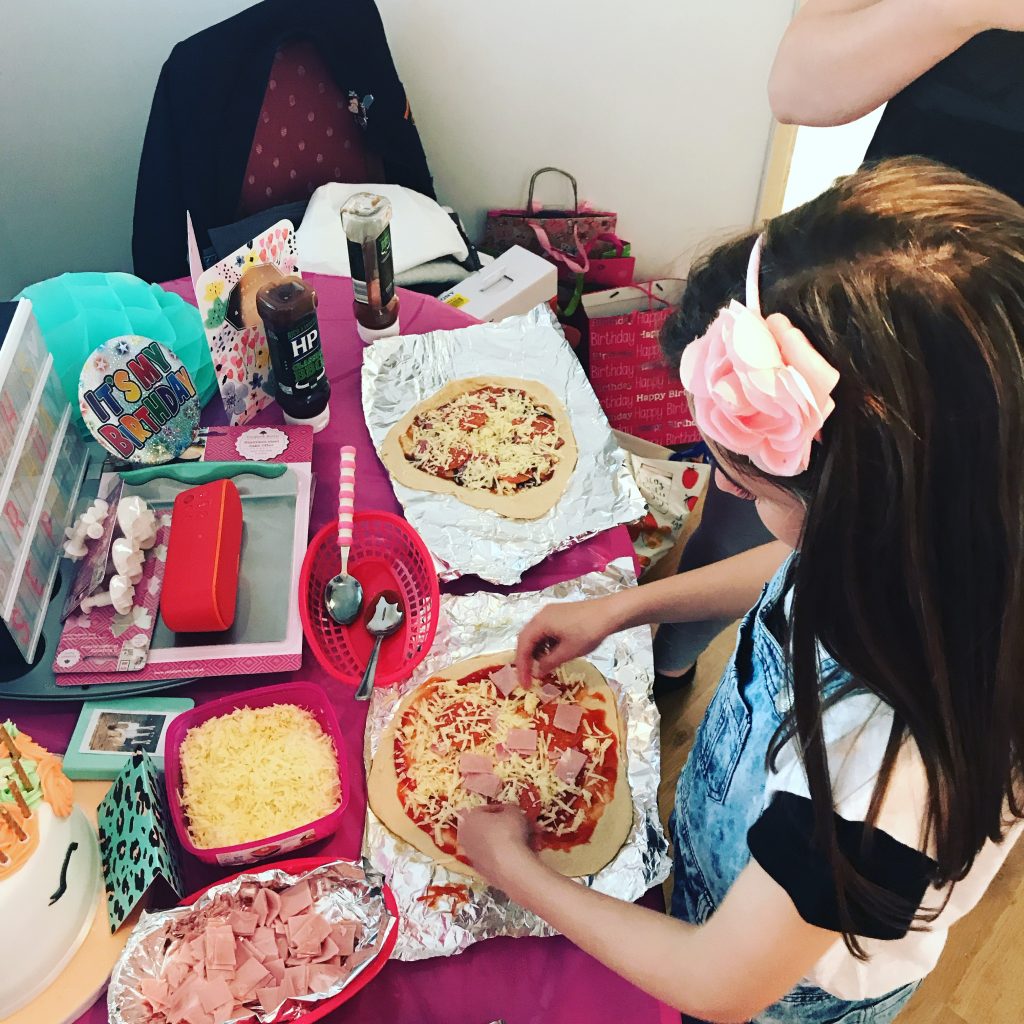 After pizza's the girls got into their pjs  plugged in the karaoke & I'm pretty sure made my poor neighbours require earplugs ;) lol. While the girls were entertaining themselves we cleared away the pizza making mess & set up the sweet table. We had a quick sing of happy birthday ( Leah's unicorn cake was made by the amazing Lucianna of Tiers and Teacups) & then we got our games underway. 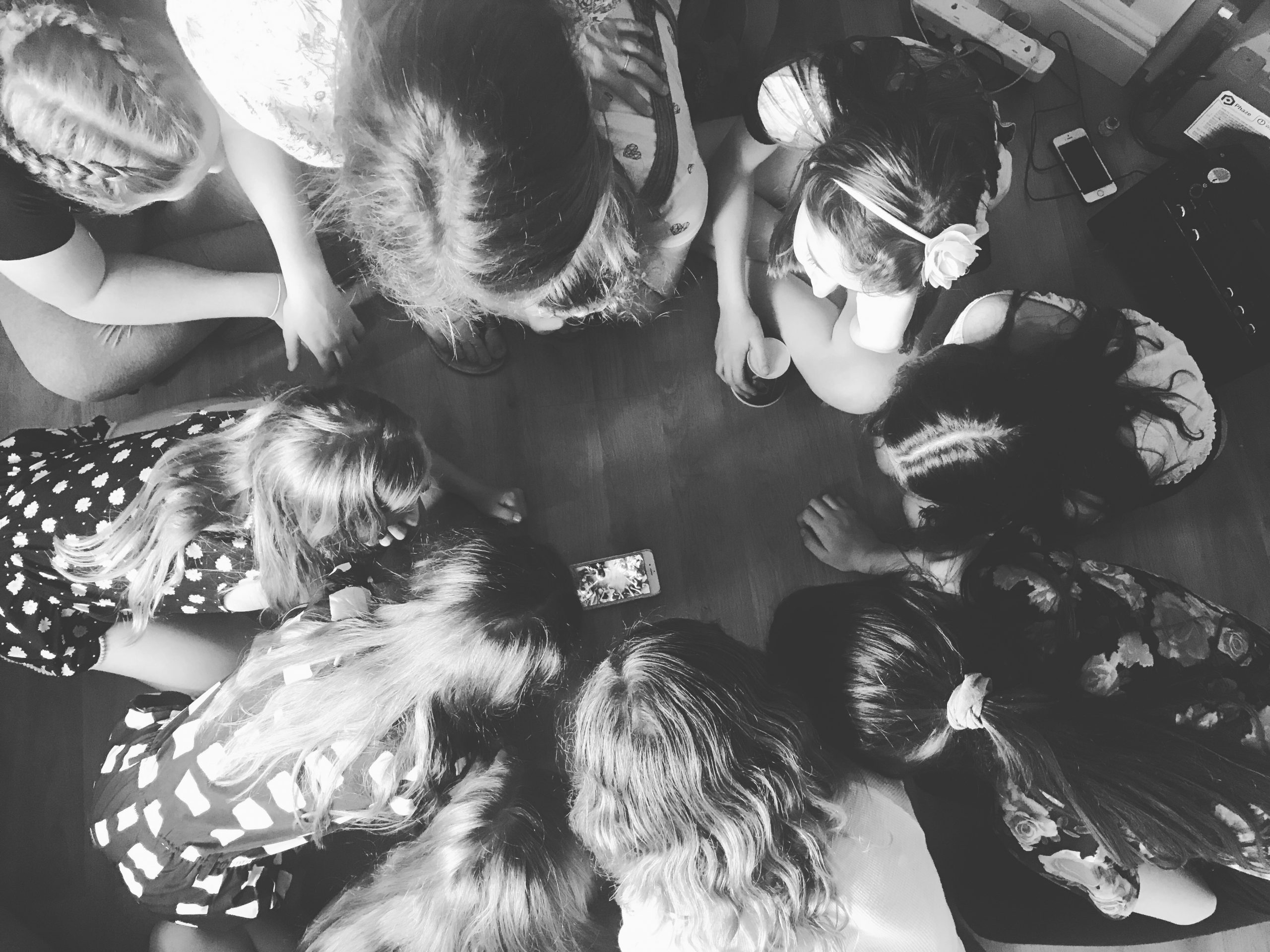 Watching the video of them doing the 'cup song'

We split into teams to battle it out Pitch Perfect style, played countless games of charades & the phone version of headbands where we were guessing everything from Disney characters to food items!  I brought out the glow sticks ready to go nuts in the dark for our glow in the dark disco. The boomerang app was used an awful lot during the glow in the dark disco fun! When the girls then moved on to glow in the dark twister, which is definitely a challenge with just the light from loads of glow sticks!! We 'big' girls took a break from the festivities & excused ourselves leaving them to it.

As the girls moved upstairs to watch movies or tell horror stories or whatever it is they chose to do! We set up the table for a pancake breakfast before our photo shoot. We gifted the girls a mason jar each with their name in glitter. These were 2 for £1.50 from home bargains so a complete steal! I glittered their names on myself using dishwasher safe modpodge. They were the perfect alternative to a party bag. 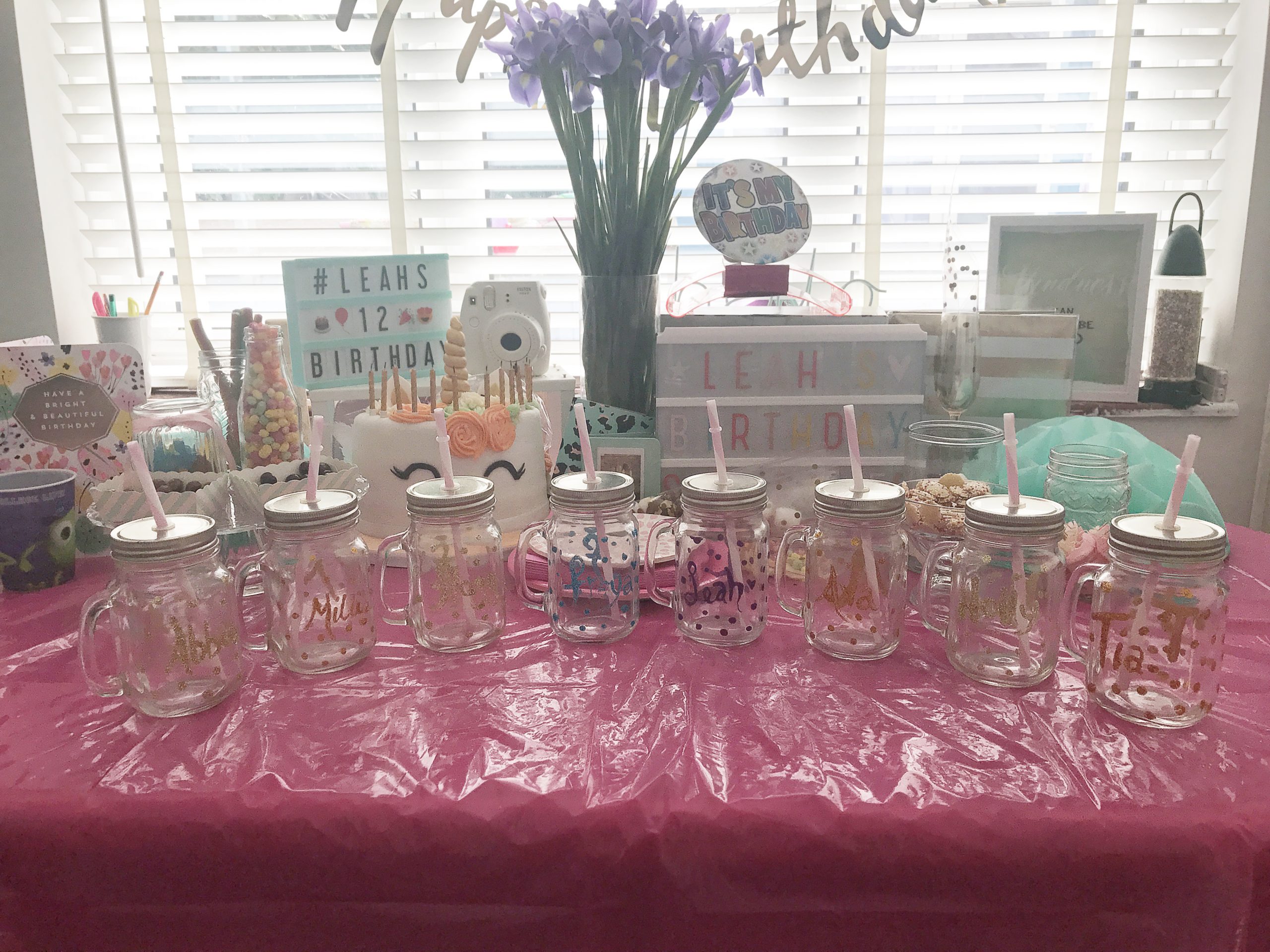 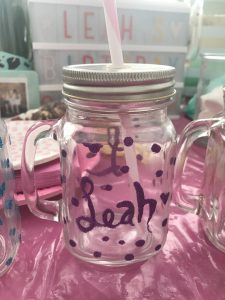 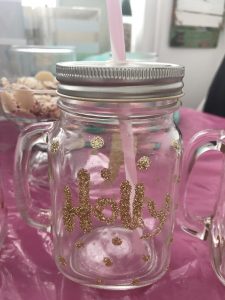 Each of the girls went home tired & sparkly (from our shoot) one even lost her voice, I think that is the sign of a good time!
Until next time xoxo. 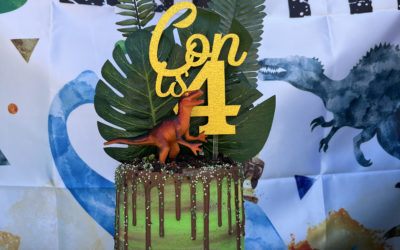 Dinosaur Party Fun! Turning four is always so much fun. Even more so when you love dinosaurs and your mum does everything in her power to make it the best dino'FOUR' dinosaur party ever! Not only did this lucky little birthday guy have an epic dinosaur bouncy castle,... 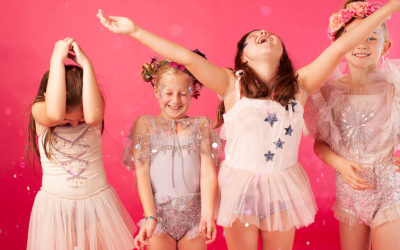 Girl’s birthday party trends 2022 Interested in girl’s party trends for 2022? So are we! In fact, we love all things party related! Which means that you’re in the perfect place if your child or teenager’s birthday is coming up fast, and you’re looking for fresh party... 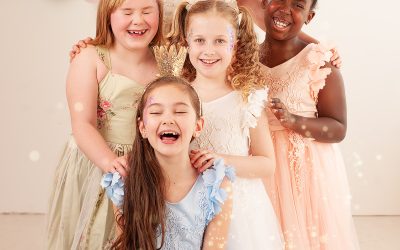 What to bring to your photo party

Wondering what to bring to your photo party with Photo Party London? We’ve got you covered! Here are five things to consider bringing along. 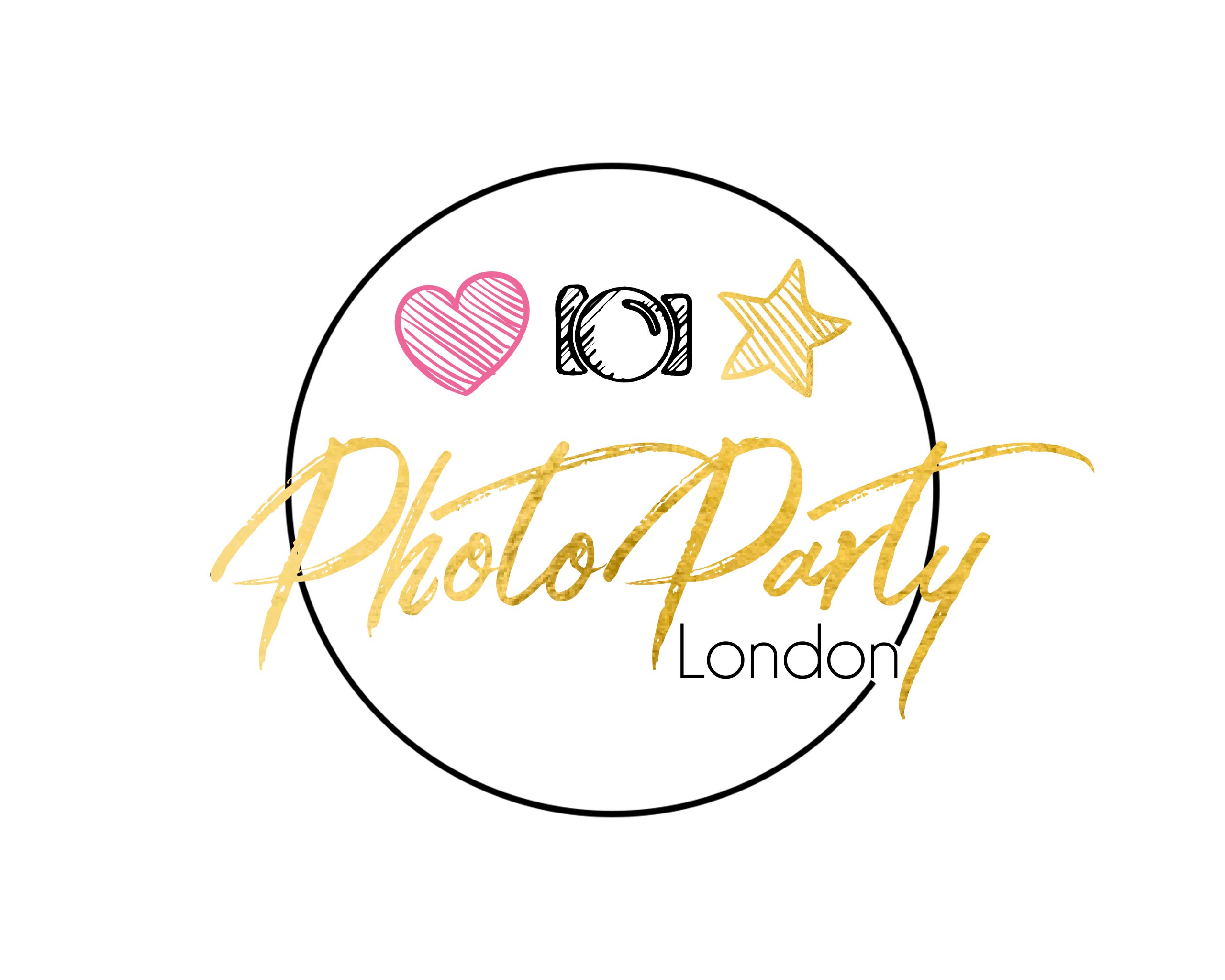 Can you believe just how quick childhood years fly

Fed up of booking the same type of birthday party